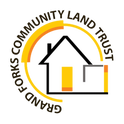 GFCLT Board of Directors formed in December 2010. Today GFCLT’s Board includes:

Bylaws for the organization were drafted and approved in December 2010. GFCLT received 501(c)3 charitable status from the Internal Revenue Service in June 2011.

Multiple focus groups and surveys were conducted in early 2011, reaching over 200 people. Information collected was utilized in the creation of the GFCLT Ground Lease, developed and approved in summer 2011. GFCLT opened its waiting list in mid-2011 and to date over 60 families have applied for a GFCLT home.
​

Prior to breaking ground on its first home, GFCLT worked closely with Grand Forks’ Historic Preservation Commission to ensure the historic integrity of developed properties in the Historic Near South Side Neighborhood.

In an effort to properly catalogue the history of the Near South Neighborhood, GFCLT partnered with UND Department of History to provide architectural renderings of properties demolished after the flood and informational booklets documenting the history of the neighborhood.

In 2014 GFCLT hosted a summer series of focus groups on affordable housing in the community, including rental housing and discussion with the Village Family Service Center’s Joshua Huffman and Morgan Almer on first time home buyer obstacles. GFCLT was able to collect substantial information on both rental and ownership problems in Grand Forks.

GFCLT Executive Director Emily Contreras works with communities all over North Dakota in exploring CLTs. Community land trusts have received broad support as a potential solution to the state’s affordable housing situation, including support of Senator Heidi Heitkamp. In June, 2016, GFCLT was awarded a grant from the Otto Bremer Foundation to continue these efforts and create the North Dakota Community Land Trust Partnership – a separate nonprofit entity to build capacity and be a resource for start-up CLTs.
​

In March, 2012 Grand Forks City Council approved the allocation of city-owned infill lots and $335,000 in HOME funding to Grand Forks Community Land Trust. HOME funds were utilized as subsidy to reduce buyer payments to their affordability. In total, the organization secured $490,000 in CDBG/HOME funds.
​

GFCLT’s lots from the City of Grand Forks are around and in the Historic Near South Side where all eight homes have been built thus far. With a few lots remaining from the City to be developed, GFCLT plans to acquire/rehab homes in the future as well as expand development throughout Grand Forks through partnerships with other nonprofits.

GFCLT is working on an opportunity to acquire and rehabilitate several homes with its partner agencies in Grand Forks, as well as having two remaining lots to build on in 2020.
​